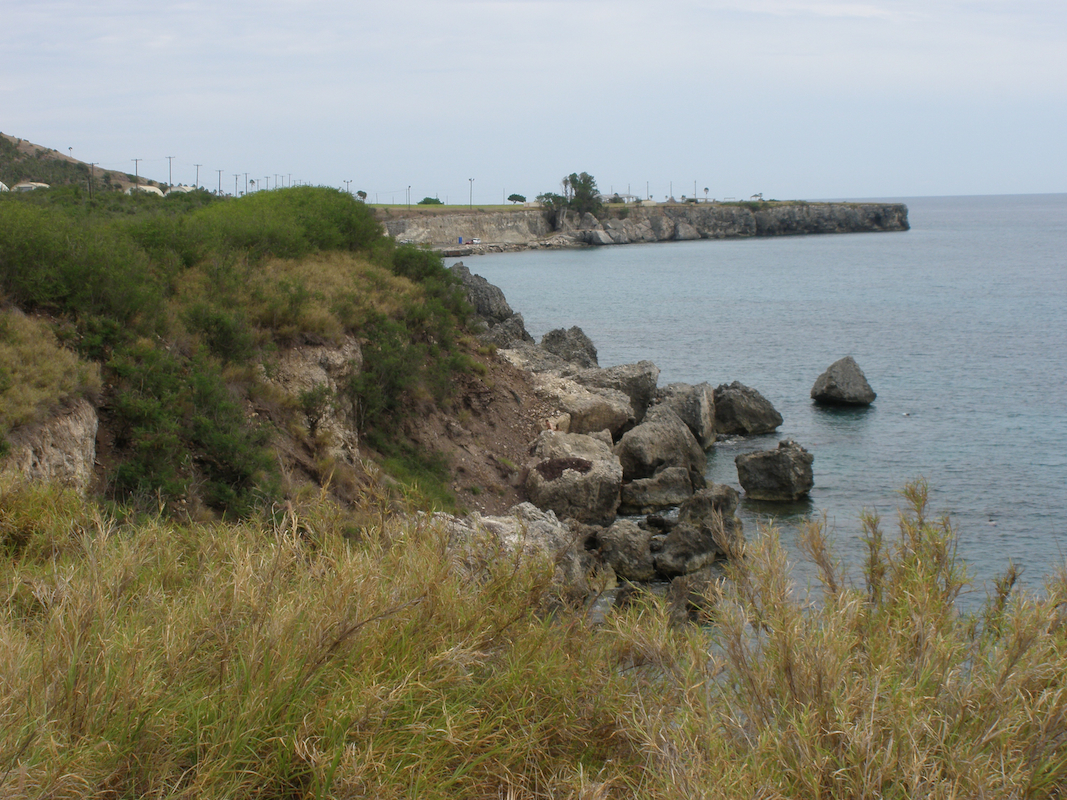 Kenny Sphinx recalls his efforts to orient himself geographically on the island, shortly after arriving there to begin a tour of duty.

They have the two different sides to the island. You have your detention area and then you have your normal base, like any other navy base or anything else, so you have other people that are assigned just to the navy base and do just the normal kind of admin and that kind of stuff and they are the ones that are allowed to have families on base. So they have like family housing and they have like normal kind of like duplexes I guess, like duplex housing, and they have… They try to make it nice, like family-oriented and kind of… They have like I guess it is called the Windjammer, and what is it? Like, O’Charlie’s or… with food and that kind of stuff and then they have local Jamaican-ran joints that are like… I cannot remember the name of the one. It is like a Cuban restaurant, it is like the Cuban something, but it was really good, really good food, entertainment.
We could go to the beaches, go to the beaches a lot to do like snorkeling, a lot of scuba diving down there. They have the movie theater which is like an outdoor movie theater with aluminum bleacher style grand stands, which was fun and down in the front rows they had baseball like plastic like baseball style seats like down in the front rows. It was fun. You could take a boater safety class or whatever and get your boater’s license while you were down there and then you could rent boats on the weekend. I think they had pontoon boats you could get, ski boats, all that stuff. And they had like a chart of the areas you could go and then like the areas where you start getting into like Cuban waters and that kind of thing and you are not allowed to go there.

They had the Windjammer, was kind of like a… they had a bar there but it was also kind of like an event center, like they just kind of did everything there but on most nights they opened it up. They had like a bar and then they would just open it up and they would play music and that kind of stuff.

I think the media is messed up quite a bit and… I guess. The biggest thing… I think that is the biggest thing is there is two entities. There is the detention center and the base itself and I think a lot of people do not realize that either, that when they hear on the news about Guantanamo Bay, they are shutting Guantanamo Bay down, this and that, they are talking specifically about the detention center and not the base itself. It is a nice place. It is not a bad place to be stationed really. A couple of people that I have talked to that were stationed there before is the one place they said they would go back to in a heartbeat.