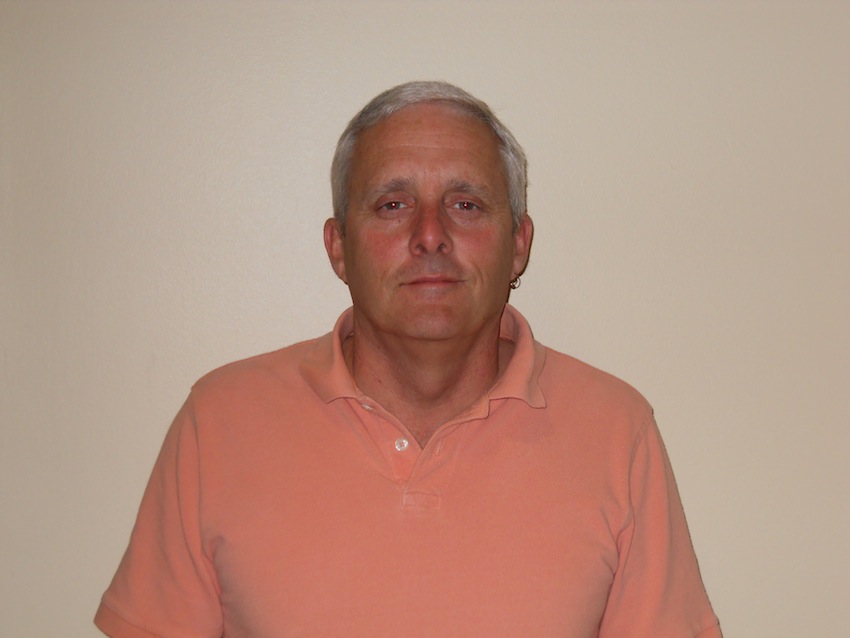 Christopher Dewey. I was born March 18, 1961 in Brooklyn, New York. People ask what I did between high school and navy and I said I went waterskiing that weekend. So it was graduation and then off to boot camp.

I was actually on the delayed entry program for a year. I signed up between my junior and senior year of high school and then right after graduation I went in and I went to boot camp in Orlando, Florida, then went to school here in Pensacola. I was what they call an electronic warfare technician. It was basically a radar exploitation and jamming job. From Pensacola, I spent a year in school here. I went to my first ship in Charleston, South Carolina and that was the USS William V. Pratt, a guided missile destroyer. As soon as I got on board we went straight to the Mediterranean for six months and then we came back, went into the shipyard period where they repair the ship and all that and then it was right after New Years in 1982 and at the time fleet training group was center at GTMO. Fleet training group was the folks that would build battle problems for the ships and they would, the ships, would go down either individually or in groups and do a series of battle problems over a period of several weeks and it was a full day. You were up at four in the morning getting the ship ready to get under way and then you would get back probably four or five in the afternoon and then you would get off the ship if you didn’t have duty at 6 or 7 o’clock at night and then you had to be back my midnight and then everybody was up at four in the morning again to get underway again so it was kind of a long day and there were not many night I got off the ship in GTMO but while we were there for fleet training group, we would use all of the battle group services that GTMO had to offer and that meant we were in the operating area south of Cuba and they would fly airplanes out at us doing a simulated attack. Back then the threat was the Russian horde so we were protecting the aircraft carrier and we were shooting down all these planes that were trying to bomb us and all that and they never… I mean they would always fly more planes at us that we had missiles to shoot them down with so eventually you were going to get hit and everybody simulated an explosion or the big one was a nuclear blast. The simulated a nuclear blast off the bow and everybody had to brace for shock and so it was a real interesting, it was fun times, a lot of work.

My life was kind of the ship and fleet landing, the windjammer club, the bowling alley. The interesting thing about the windjammer – you would go to the club, you could walk tot the club. It was probably a mile or so. On the way back when they emptied the club you had to take the cattle car and it was a tractor I think but it pulled an actual cart that hauled cows and horses and stuff around in. And they would push it, you know jam everybody in there and then they would drive you down to fleet landing and then they would push everybody out of the back of the cattle car and you would go find your ship. And the shore patrol; you would have to walk around that sea of sailors in the club to make sure no fights broke out and you had jumper whites, you know the cracker-jack thing with the little dog dish hat and the flap on the back and the long sleeves. And you would walk around with a web belt and a night stick and if somebody got in trouble or started a fight, you would have to break them up and I guess I was the junior guy or something but somebody had to ride in the cattle car with the drunks. And so I got in the cattle car, right in the middle of it, and there was one guy on my right yelling at another guy on my left and they just went at it. It was almost like they were over my head and I just pulled my stick out and I was beating them until they finally stopped. By the time we got down to Fleet Landing and we pushed everybody out into the… They were best of friends. And of course my uniform was trashed because I was on the floor of a cattle car in my white uniform. That was a reason you did not want to have shore patrol in GTMO. I am glad I went but it is not like a lot of people that have a huge fondness but when I was there it was just a pill you had to swallow but when I was there it seemed like a really cool place but it was to me always a symbol of a lot of hard work and a gauntlet you had to pass through in order to make it to the other side and go on the point.
Christopher Dewey