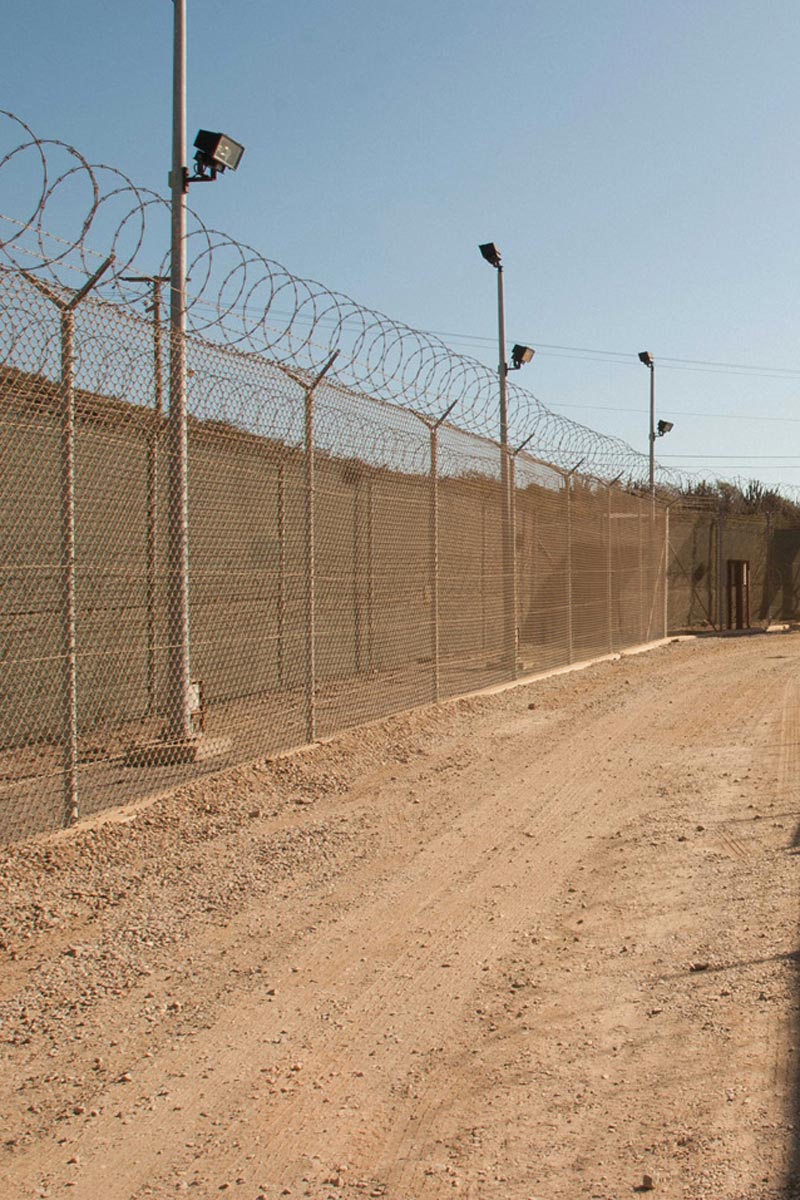 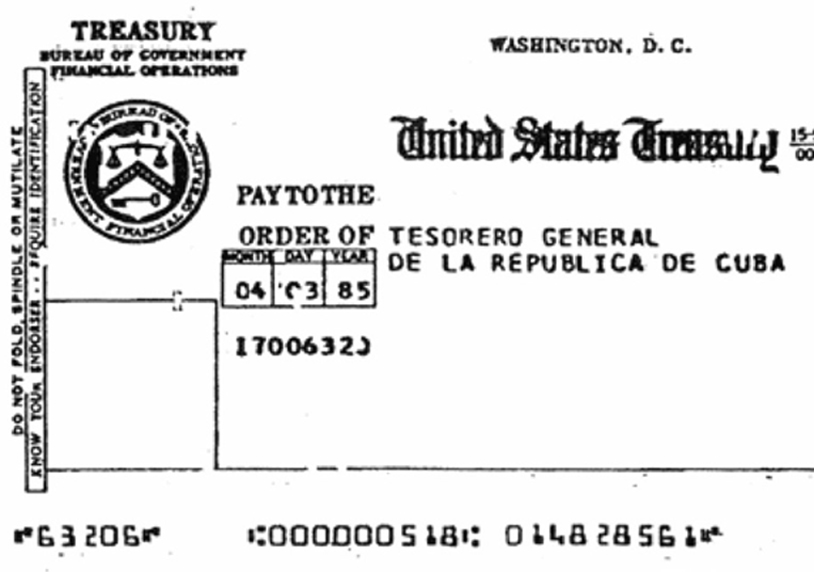 This image represents one of the annual checks sent to Cuba by the United States in accordance with the 1934 Lease Agreement for the base at Guantánamo Bay. Each year the Cuban government refuses to deposit the American check for the lease of the land, symbolically signaling its desire to withdraw from the agreement. After Castro became Prime Minister in 1959, he cashed the check during his first year in power, when the two governments still maintained nominally friendly relations and were not established Cold War enemies.  The United States refers to its lease payments as evidence that it has upheld the treaty law to rent the land.

The 1996 Helms-Burton Act, which reinforced sanctions against Castro’s government, also included a direct reference to the naval base at Guantánamo. In the event that Cuba transitions to a democratic form of government, the Act states that the United States is willing to renegotiate the present lease agreement under “mutually agreeable terms.” Following September 11 and the use of Guantánamo as a detention facility for alleged enemy combatants in the “War on Terror,” it is uncertain how the provisions of the Helms-Burton Act would be acted on, should regime change take place in Cuba. If Guantánamo is abandoned as a naval base, other “states of exceptions” – physical spaces where non-Americans are stripped of their rights and denied the potential to utilize American legal tools designed to offer them protections – would continue to exist elsewhere, such as the prison at Bagram in Afghanistan.