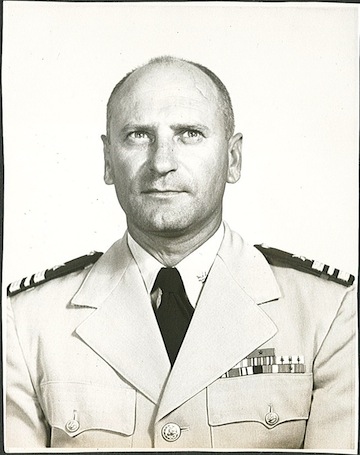 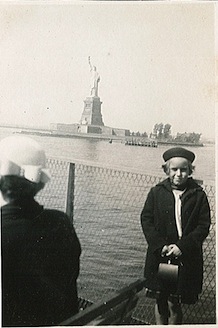 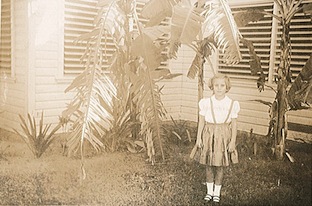 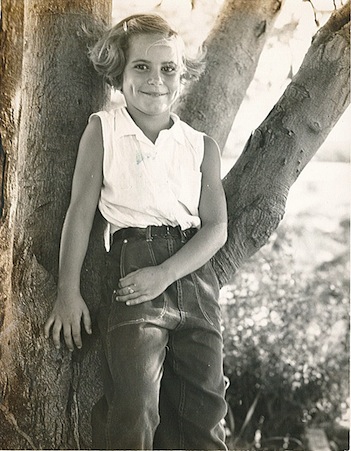 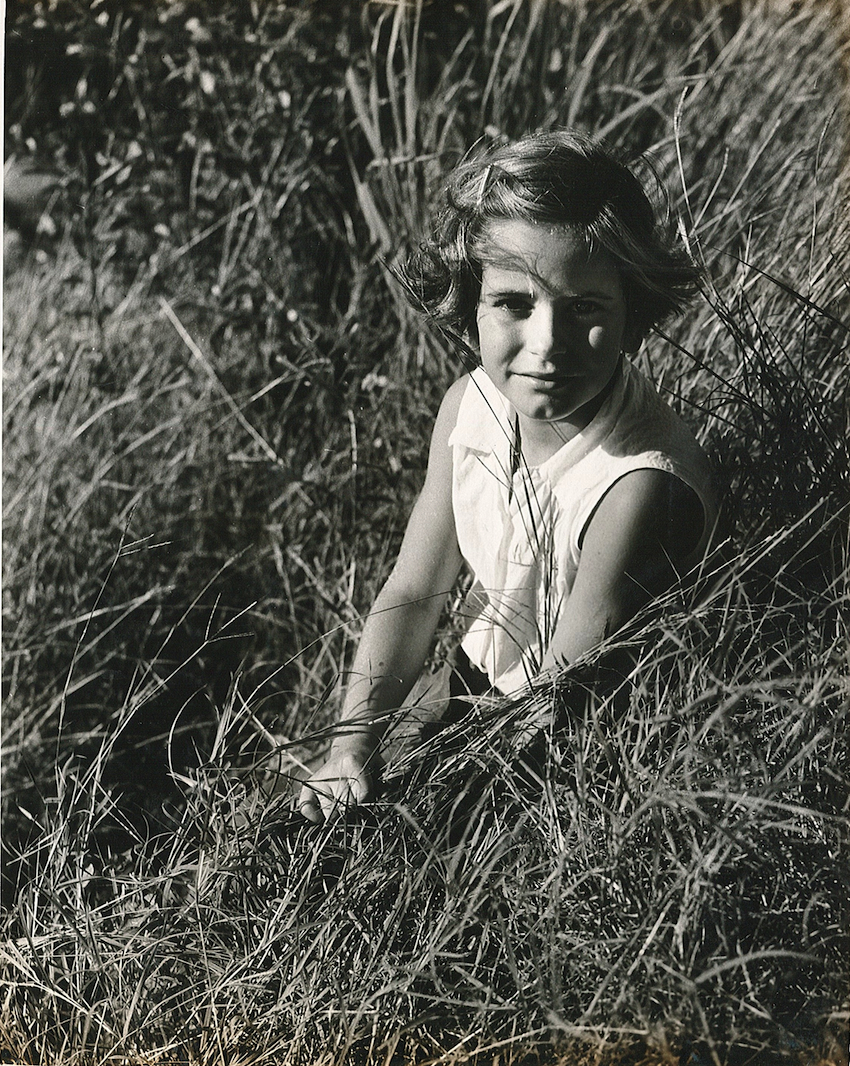 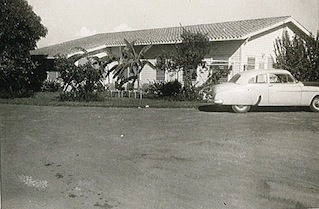 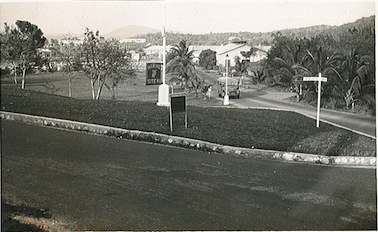 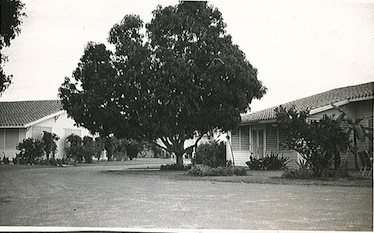 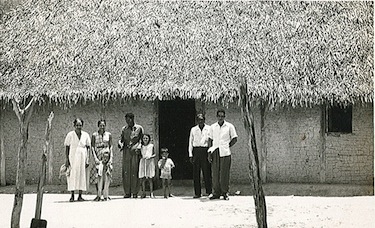 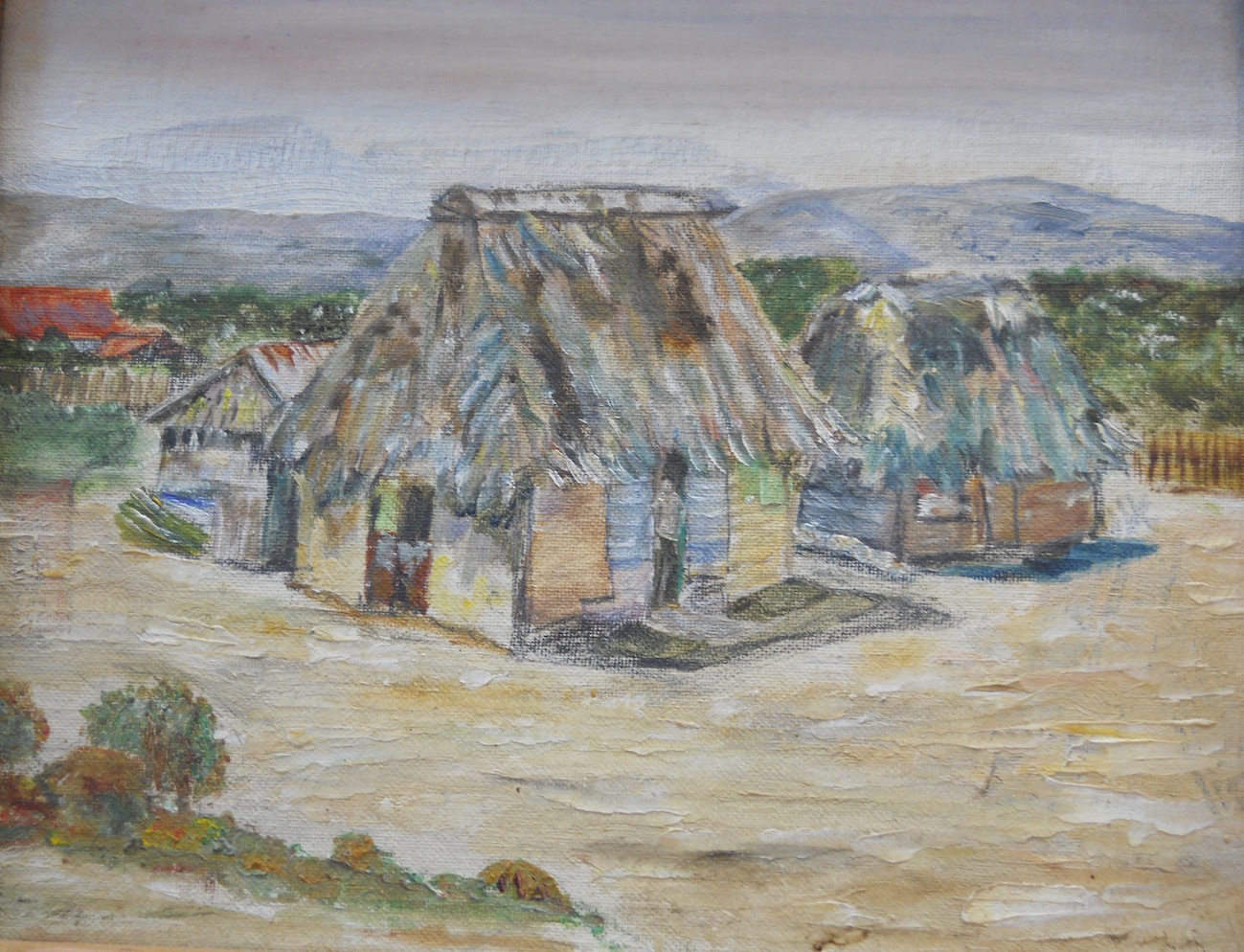 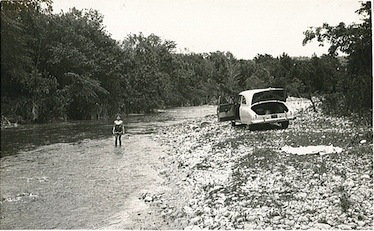 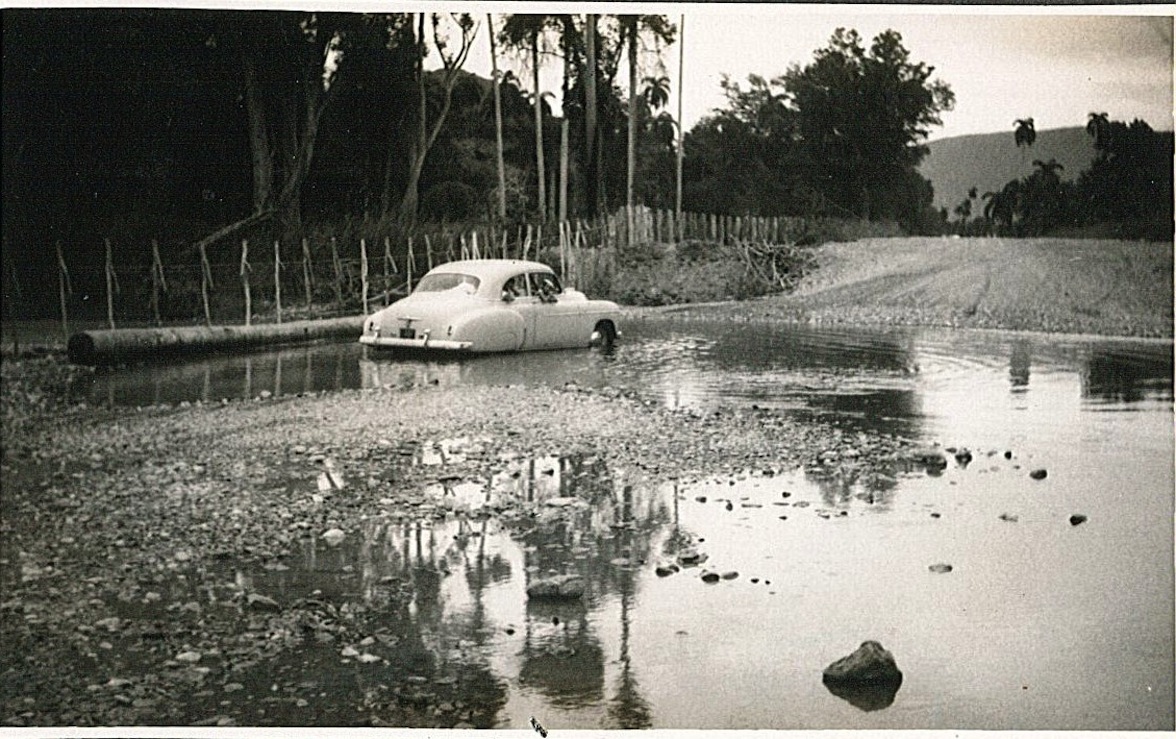 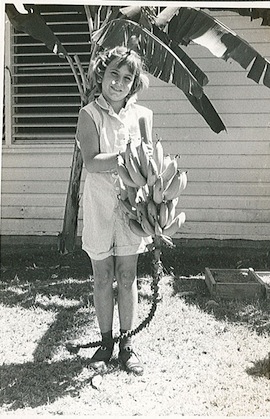 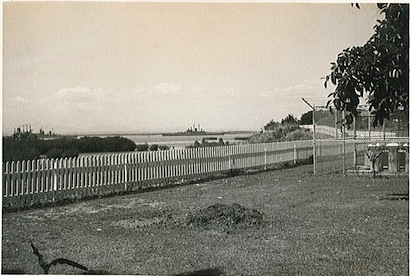 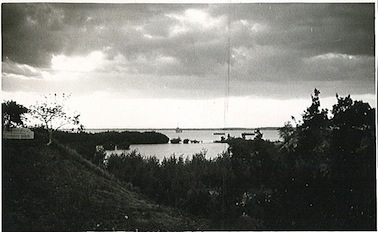 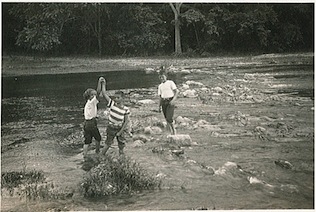 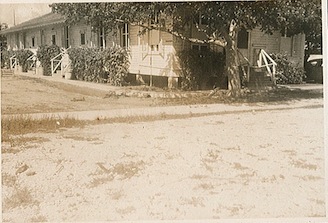 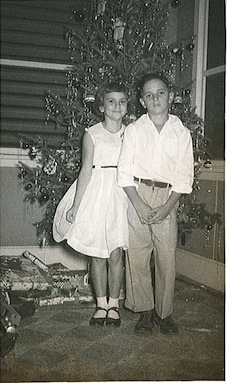 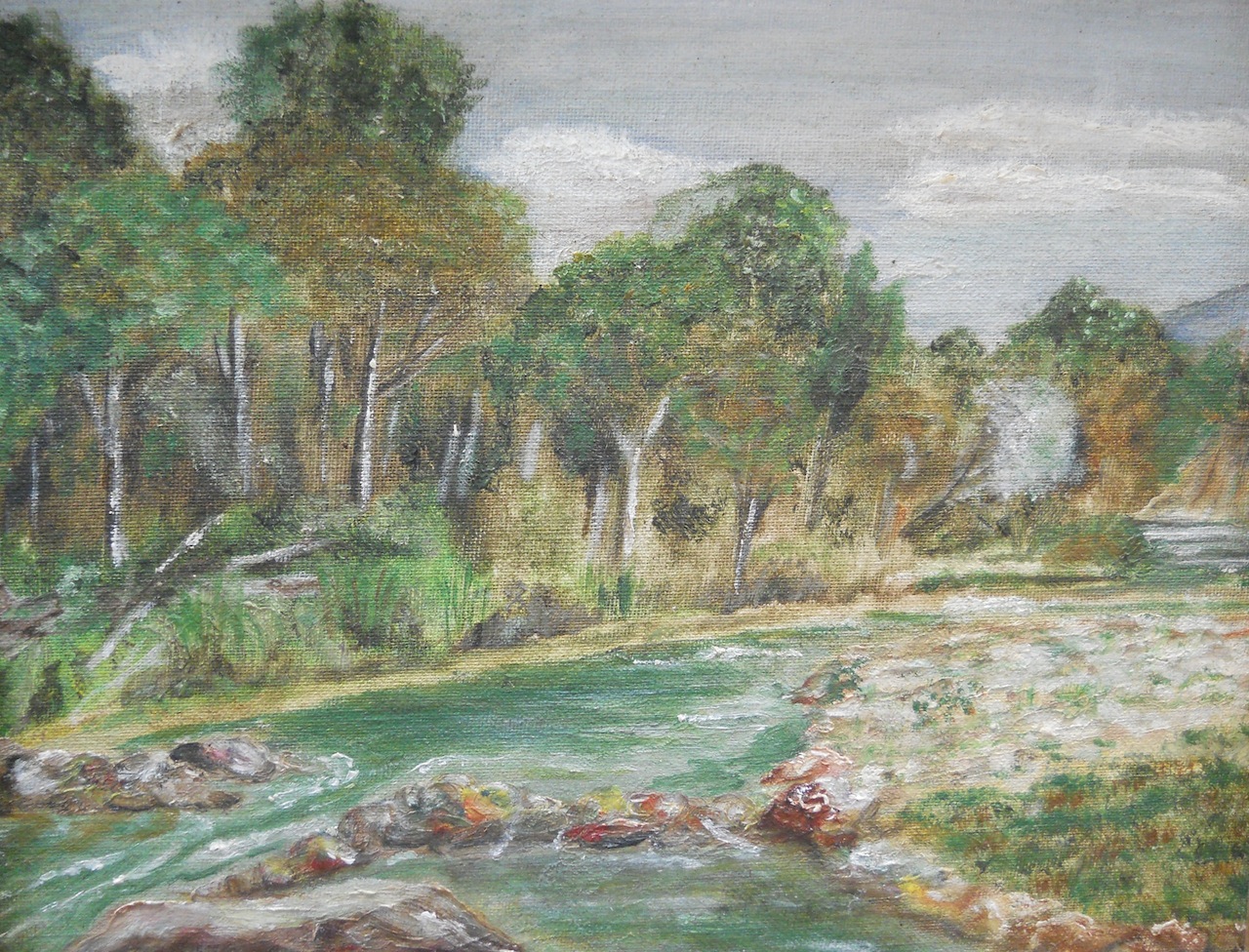 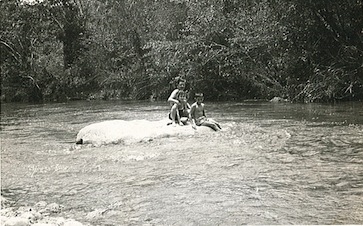 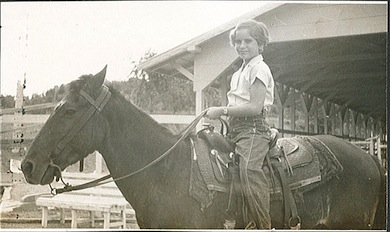 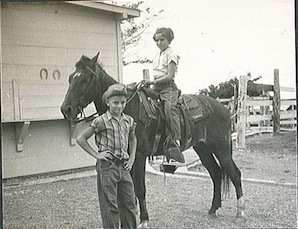 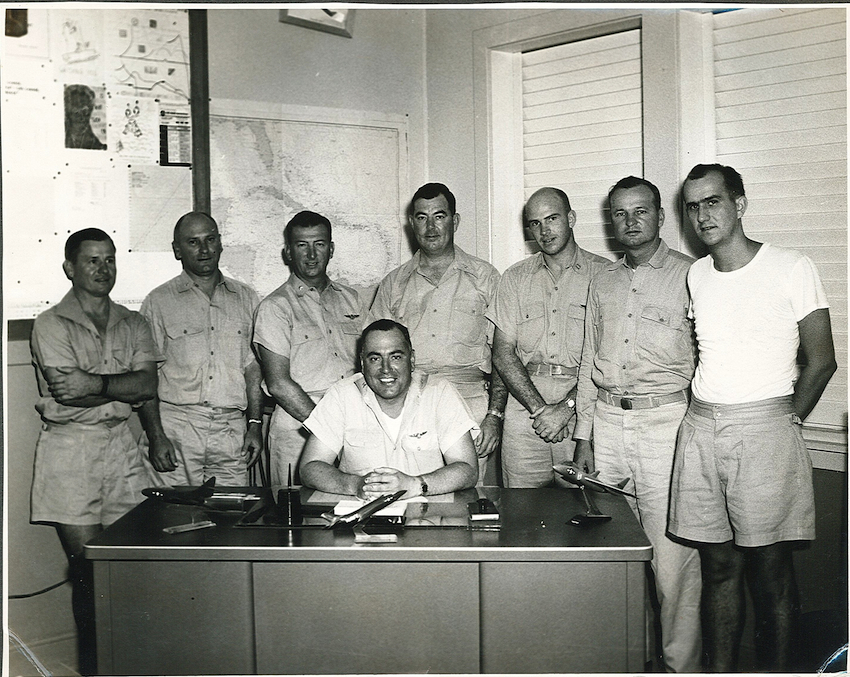 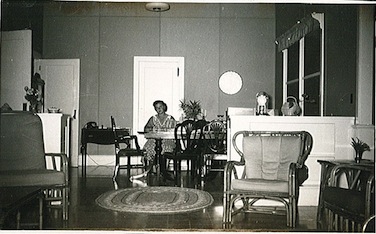 Patricia Page describes the beauty of her new home at Guantánamo after her father was assigned there for a tour of duty.

Patricia Page. I was born in Pensacola, Florida, November 18, 1946 and a large portion – three and a half years anyway – of my life was in Guantanamo Bay. My father was in the navy. He was assigned to the fleet training group of the naval air station, Guantanamo Bay. In December, 1954,  when temporary quarters became available we traveled to New York City prior to boarding a ship  to Guantanamo Bay.

My first memory was that the temporary housing quarters that we were living in were on a hill and there was a rock ledge area that went down into a bay area and then from there just first recollections of being enrolled in school shortly after arriving. I remember when I first enrolled in school it was at Christmastime. I vividly remember learning the words to O Come All Ye Faithful  in Spanish.

We stayed in temporary quarters for about – I would say – thirty days and then we were assigned to a great home neighborhood called Marineside One. The house was a three bedroom house. It had a garage and over the garage it had maid’s quarters. It had a nice den area, a nice living room area. It had a huge mango tree in the front yard and on the side yard there were all kinds of banana trees and other tropical plants on both sides of the house.

Went off base very often. My father was elite training group officer and one of his collateral duties was to take captains and admirals out dove-hunting. And Dad found a Cuban family that owned, or managed, a plantation. The Cuban was really delighted. They really liked Americans and they were very anxious to work together with Americans.

I can remember one day vividly meeting up to schedule another hunting trip and the Cuban invited us to come to his home and met his family. I vividly remember meeting his family and actually going into their home. The home had a thatched roof and it had mud floors and it was very sparsely furnished if at all. I can distinctly remember feeling very, very fortunate for my home environment on base for where I was in my life and my family, compared to the environment that I stood in that day on a mud floor.

I had a very flourishing, very well provided for childhood while I was down there. I had very few wants. We were very well entertained and always had an activity to participate in while we were there: horseback riding, swimming in the streams. I remember the day that my mom and my dad drove into the hills and dropped my brother and I off at this river. It was called the Yateras River. We would inter tube down the river. There was a specific area that we picnicked a lot; there was a rock that was right there and I could vividly remember one day we went into the mountains, north above the river ,and my dad said to my brother and I, “Ok, you guys hop out and meet Mom and I at the rock.” And of course my mother was, no doubt, quite upset about my father letting my brother, two years older than I, all alone in an inter tube on this river, probably a mile down the river. It was not far, I am sure, but it was kind of interesting. It was our own little episode of survival getting down the river, but we had a lot of fun. We enjoyed it. We had many trips like that. It was a very bright spot in my evolvement as a person. Healthy, healthy childhood memories. My parents were very giving towards us in terms of letting us evolve as our own being, as our own individual person and I learned a lot of that in Guantanamo Bay.