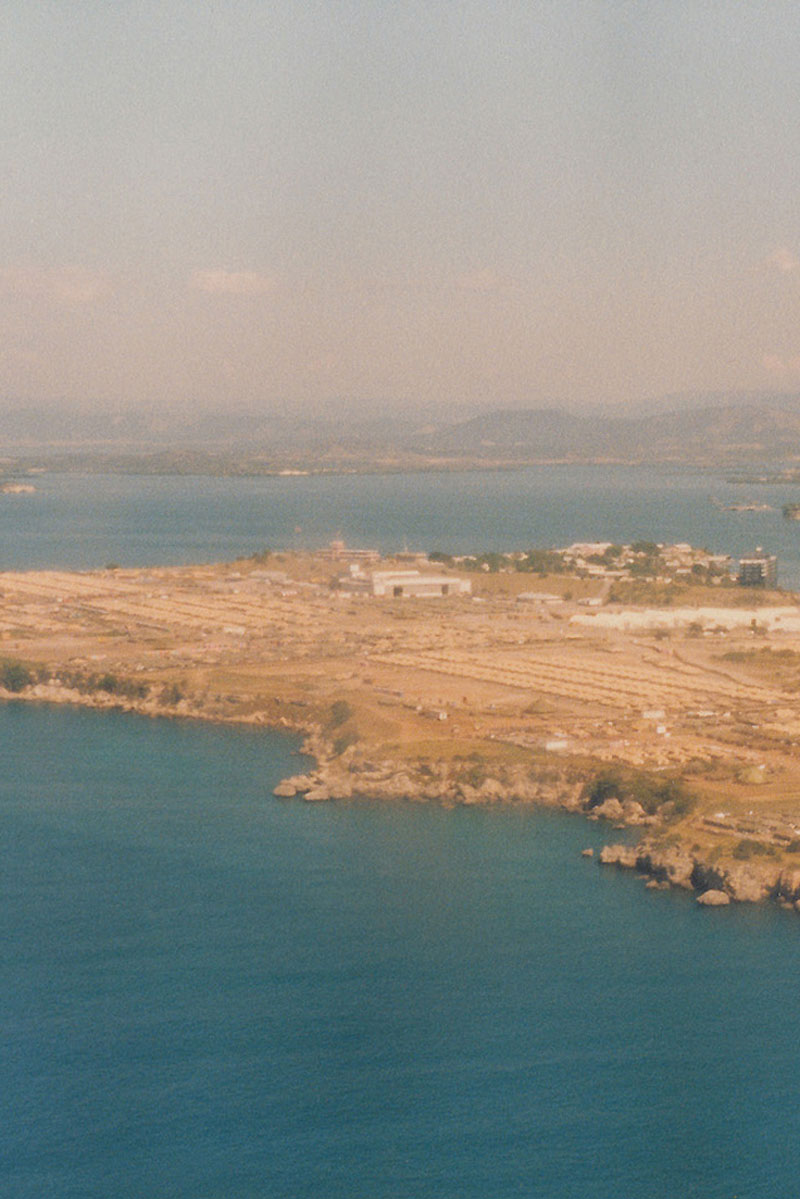 As it stood in 1991, GTMO was prepared to house a maximum capacity of 12,500 refugees at one time. When the Coast Guard began intercepting and bringing to GTMO more than 3,000 Cubans per day in the summer of 1994, there were already 14,000 Haitians being held there. (A total of 34,090 Haitians and 34,000 Cuban rafters would ultimately spend time detained at GTMO.) The rapid influx of many thousands of men, women and children to the base overwhelmed US Military personnel stationed there, and providing adequate housing, sanitation and food proved to be a big challenge. The extreme heat conditions made the task of improving the quality of life for refugees on the base that much more important. Although the two sets of refugees were detained in different parts of the base, initially both Cuban and Haitian refugees had to deal with unclean latrines, drinking water boiling hot from being stored outside, and a lack of protection from the sun and elements. As time went on, however, conditions began to improve for the Cuban refugees, who benefited from high levels of visibility brought by US aid organizations. This image shows an improved camp built a few months after the refugees first entered GTMO. Notice the wooden structure, steps up to the door, window screening, and tent covering the sides and roof. The US Military built thousands just like it, but the Haitian refugees did not receive this improved housing, as it was constructed only for the Cuban refugees.