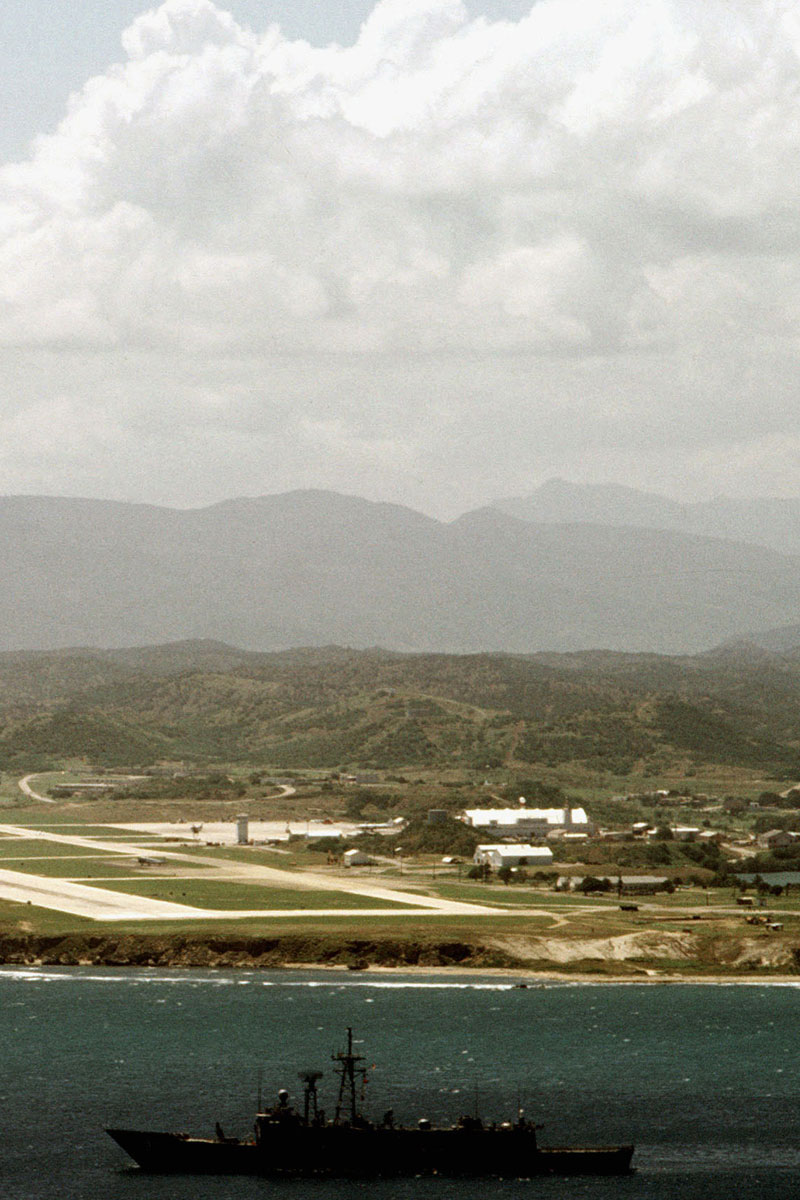 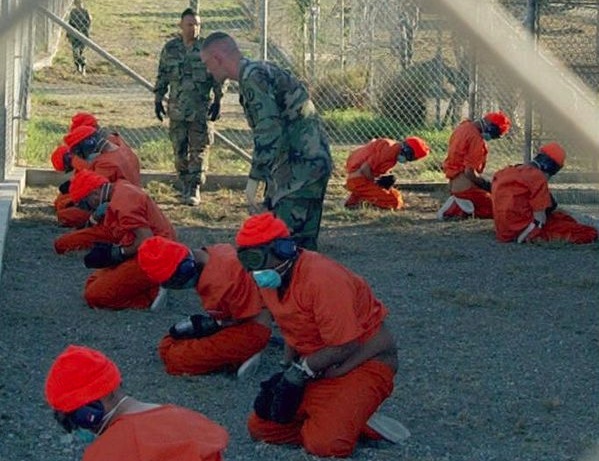 “Our responses to terrorism as well as our efforts to thwart it and prevent it, should uphold the human rights that terrorists aim to destroy. Respect for human rights, fundamental freedoms and the rule of law are essential tools in the effort to combat terrorism — not privileges to be sacrificed at a time of tension.”

The implications of Camp X-Ray as a tangible structure on the Guantánamo Bay Naval Base, a representation of the jurisdiction the United States holds over “enemy combatants” in a post-911 world, and a symbol of the inconsistencies that arise in attempting to balance democratic ideals with the maintenance of homeland security, are far-reaching and complicated. Initially built in 1994 to house Cuban refugees, Camp X-Ray was later repurposed to hold the first prisoners of the War on Terror. Some of these detainees were held indefinitely in outdoor cage-like structures. Their experiences were captured in now iconic photographs in 2002, consisting of images of blindfolded men in orange jumpsuits; the public reception of this early documentation brought immediate and sometimes negative attention to the site. Though Camp X-Ray was used for less than six months, the abandoned structure, equipped with a recreated prison cell, is still recognized today on official visitor tours of the naval base. Guantánamo Bay and Camp X-Ray in particular, have become a symbol in the public imagination of the conflict between upholding our commitment to human rights while protecting the world from potential terrorism.

Cuba and the United States