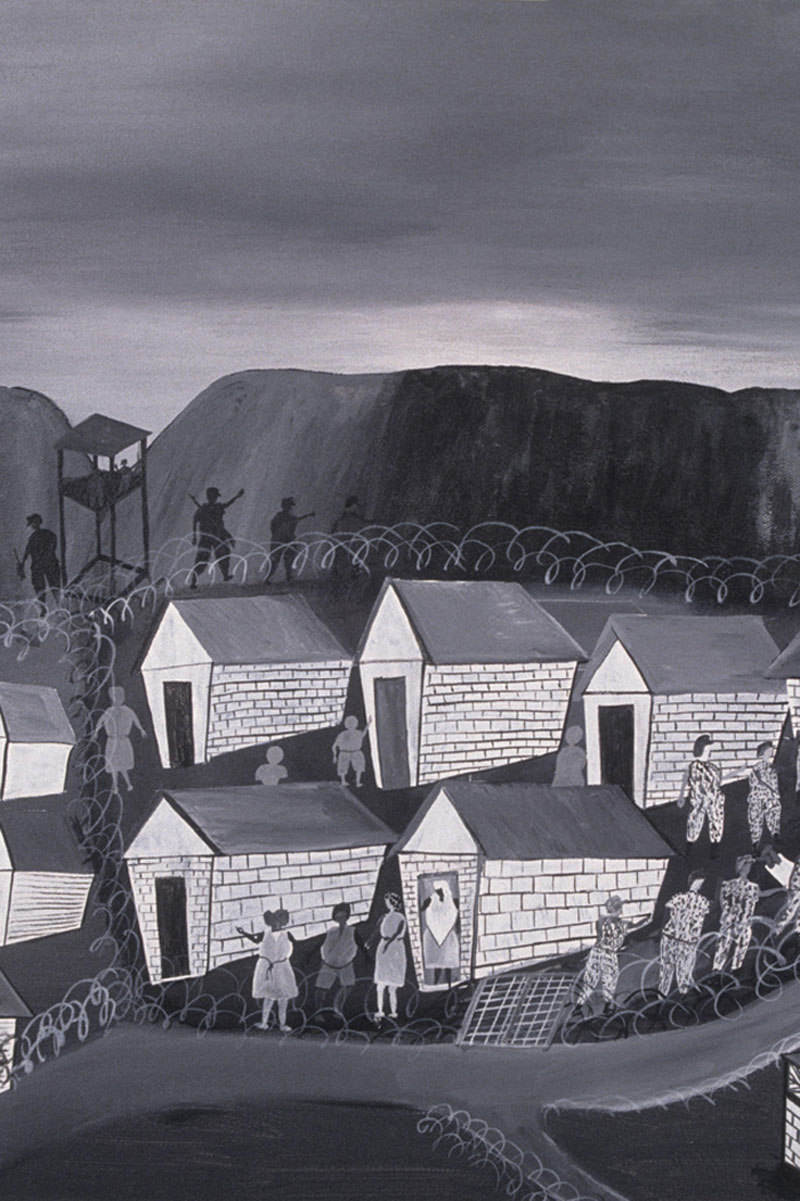 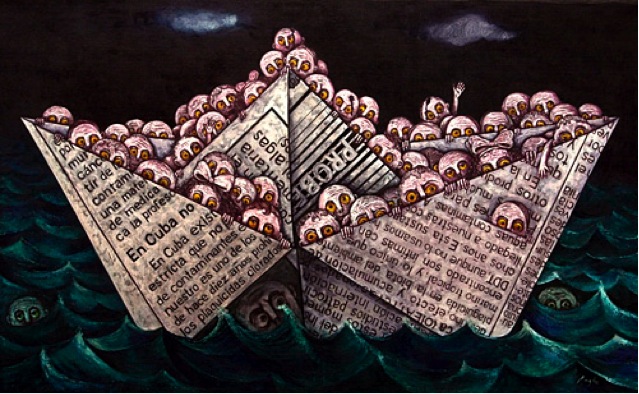 The painting “Juventude Rebelde” depicts the artist’s, and many Cubans’, struggle to leave their home country in the effort to start a new life in the United States. Thousands crossed the Straits of Florida in makeshift vessels, sometimes consisting of nothing more than inner tubes and plywood. The overcrowded newspaper boat in this image and the faces peering out of the waves in the surrounding sea remind us of the many did not survive this journey.

The title of this piece is also the title of a Communist newspaper Juventude Rebelde published by the Union of Young Communists in Cuba. The newspaper finds new use in this painting by being folded into a boat which the people of Cuba use to escape in order to build a new life for themselves. The crowded paper boat in this painting invokes the words from The New Colossus that are scrolled on the base of the Statue of Liberty, “Give me your tired, your poor, Your huddled masses yearning to breathe free…” These words have long had great significance to immigrants relocating to the U.S., yet they seem to exclude the political refugees from Cuba in the 1990’s when the United States stopped referring to the Cubans as refugees and began calling the migrants.